In the spotlight with Pro2

News
In the spotlight with Pro2 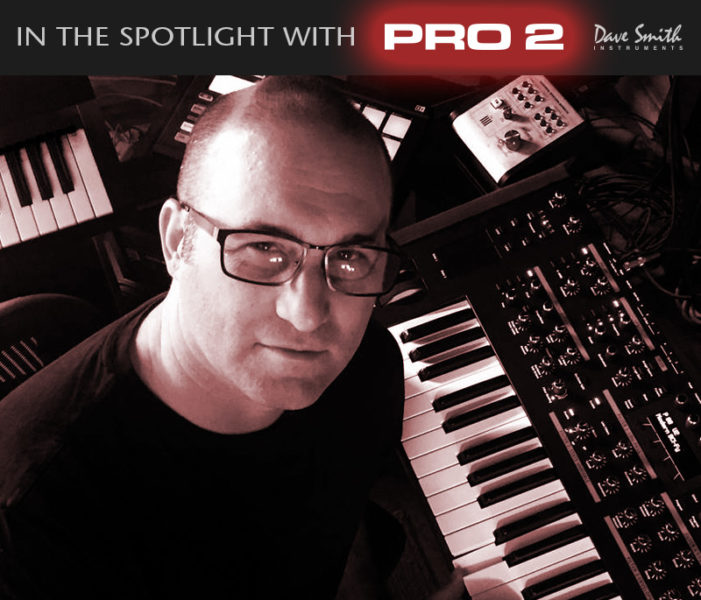 Aaron Jaffe is an award-winning composer/producer based in New York City. A graduate of Indiana University and the Berklee College of Music, Jaffe moved to New York City to begin his career at Platinum Island Recording Studio. From there he went on to become a senior composer at tomandandy music where he placed his original tracks on more than 100 commercials and scored the UPN Television dramady “The Beat,” starring Mark Ruffalo.

In January 2008, Jaffe launched Novacaine Music and Sound Design and continued to focus on the commercial arts. With a client base that includes McCann NY, Viacom/Nickelodeon, BBDO, Grey Worldwide, R+R Partners, and Avrett Free Ginsberg, Jaffe has successfully placed tracks on national campaigns for L’Oreal, Maybelline, Las Vegas, and Toyota among many others. His creativity has earned him the prestigious Bronze Lion at the 2010 Cannes Lions International Festival of Creativity as well as multiple Addy and Marcom Awards.

We chatted with Aaron about how he’s using the Pro 2.

Aaron, what made you choose the Pro 2?

“I chose the Pro 2 because as soon as I put my hands on it I felt instantly creative. I’d seen that DSI had released it but it took a little while before I could find it in any of the stores here in Manhattan. So when I found it one day, my afternoon was basically over. The sound is so inspiring. And so far, that’s only expanded. The longer I own it the more interesting it gets. I’ve always been a fan of DSI, so once I played it, it was a must have.”

How are you using it?

“I’ve been using it on everything from TV commercials to my own tracks. What’s great about the Pro 2 is that it can be gentle or it can be raucous as hell all in an instant, and the quality of the sound is just beautiful. I really love opening up the filters and dialing up the distortion, but I’ve made some beautiful gentle and haunting timbres as well. Lately the sequencer section has been probably the most interesting part of the synth for me.“

What’s one of your favorite things about it?

“I love that it is knob-per-function so I don’t have to go digging. You know, it’s not a piece of software, it’s a real instrument that you play. That might sound obvious but the difference it makes to the creative process is palpable. There’s a special feeling of pressing the keys and changing the timbres of the sound. Each note is a performance. It’s very easy to shape sounds because you get visual feedback on the screen for the envelopes and instant displays for any knob you move. I like feeling like I’m sculpting a sonic creation — especially when I’m scoring to picture.”

What does it give you that other synths might not?

“I think that every creative person resonates with what they like and with the instruments they choose. For me there’s something in the way the Pro 2 can be so aggressive and yet also so abstract, or as I said before gentle and haunting. That resonated with me. All the knobs and such are great but it doesn’t mean much if you don’t get that feeling and if it doesn’t inspire you to create. I like real visceral sounds and visceral experiences in the studio and I get all of that from the Pro 2.”

“I’d just suggest that if you’re lucky enough to own a Pro 2, keep exploring and you’ll find your own way…”