Aaron Jaffe is an award winning composer and CEO of Novacaine Music and Sound in New York. As a multi-instrumentalist specializing in television, advertising, film and fine arts, he draws from a bold palette of electronica, acoustic & rock, and orchestral music, which gave rise to his “textural crossover” style. For Aaron, creating can range from playing classical music on his Steinway grand piano to cranking up a Les Paul through an old vintage Marshall, to coaxing sonic flavors out of his analogue and digital synths all the while embellishing with orchestral colors.

Aaron graduated from the Berklee College of Music in Boston, MA in 1994 – having focused on technology, guitar, scoring and harmony. His professional career began soon after at Platinum Island Recording Studios in NYC. By August 1996 he was recruited by tomandandy music, where he worked as a senior composer scoring more than 100 commercials as well as the tv series The Beat (st. Mark Ruffalo, Prod. by Barry Levinson & Tom Fontana).

Since launching his commercial venture, Novacaine Music and Sound Design in 2007, Jaffe has earned the trust of major ad agencies including McCann NY, BBDO, Grey Worldwide, and Nickelodeon Velocity. L’Oreal, Maybelline, Las Vegas Tourism, Toyota, and Clairol are among the many brands that have benefitted from Jaffe’s touch.

His work has earned him multiple Addy and Marcom Awards as well as the prestigious Bronze Lion at the Cannes Lions International Festival of Creativity. In 2015 Jaffe was endorsed by world renowned synth manufacturer and designer Dave Smith Instruments (now Sequential).

Scoring to picture has always been at the center of his aspirations and nothing gets him going like finding the perfect sound, texture or melody to bring emotive or visceral reaction to support the story on screen.

When not in the studio Jaffe can be found endlessly exploring the New York City’s streets, shops, restaurants, museums, and bars. Like many artists before him; the people, sights, sounds of the world’s greatest city have provided an endless vibrant, ever-changing landscape of constant inspiration. 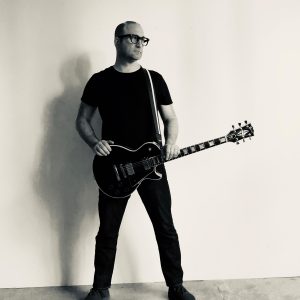 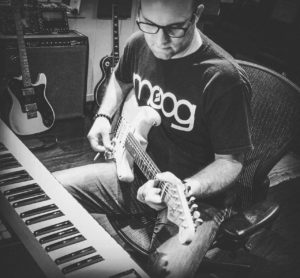 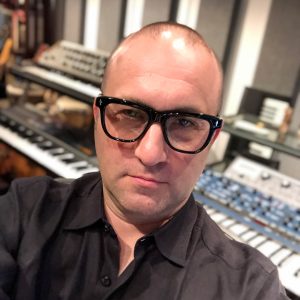 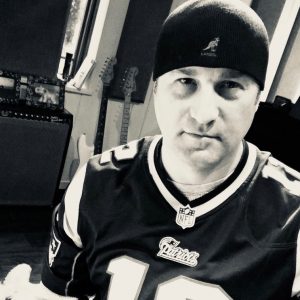 “Aaron has been my musical savior for my films and commercials, not once, but several times. We live on opposite coasts, and through me giving the best descriptions and examples that I can, Aaron has always patiently come through with exactly what I was hoping for...”
Cam McHarg
filmmaker/director of Deer Season, the end and the Harley Davidson spot
"Aaron's work is fantastic! He has always delivered great music, very quickly, and always exceeds our expectations.”
Jory Clay Sutton
Integrated Producer - McCann NY
"Aaron is an extremely talented musician and composer with tremendous range, who is not afraid to push the envelope creatively. Additionally, he takes excellent direction, hits his deadlines and loves collaboration."
Chuck Kinsinger
VP / Executive Producer - Saatchi & Saatchi Wellness
"- he's very together, talented, and he definitely gets it. I reco him highly!”
Josh Rabinowitz
EVP/Director of Music - Townhouse/WPP